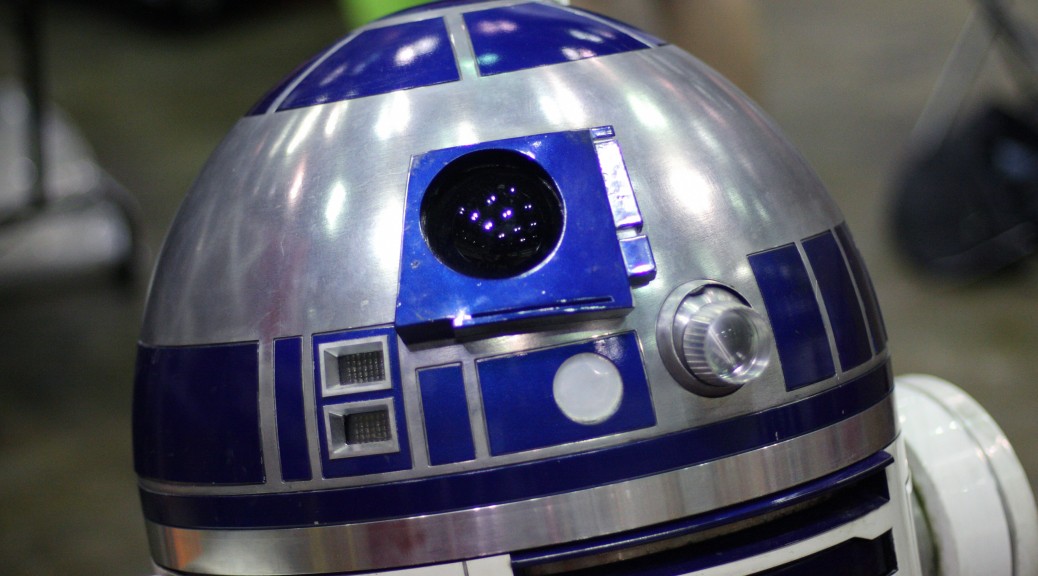 We all have a soft spot for R2-D2 don’t we? Oh come on, of course you do – what’s not to like? Not only is ‘he’ an incredibly cute, rotund little robot, but his method of communication, just a series of beeps and boops, is indiscernible to the human ear. That means we don’t have to put up with any of his rubbish. The job of translating is left to his trusty sidekick C-3PO, who acts as the robot-human filter.

It’s a good job most of us are fond of our robot friends, because if a recent an article in the New Scientist is to be believed, R2-D2’s automaton buddies could soon be coming to a school near you!

The friendly face of language learning

In four cities across Europe, the trial phase of an exciting new initiative is underway. In Tilburg and Utrecht in the Netherlands, Bielefield in Germany, and Istanbul in Turkey, young immigrant children are having a helping hand settling into their adoptive countries, courtesy of a number of robot teachers.

The robots, called NAO, have been built by the French company Aldebaran Robotics. Working in conjunction with a consortium of roboticists and linguists from leading universities across Europe, the company have created the robots to help youngsters learn the language skills they’ll need.

The benefits of one-to-one teaching

Life can be tough for children who have to move away from their home. Not only do they have to adapt to a different country and culture, but they also lack the language skills to integrate into society and make new friends.

Studies have shown that children learn best in a one-on-one environment rather than a classroom setting, but resources are simply too scarce to dedicate a language teacher to each child. The L2TOR project is not designed to replace teachers, but rather, to give children a three-dimensional presence that can work alongside teachers to support the language learning.

The NAO robots improve language learning by watching over the children and providing assistance while they complete exercises on a tablet. NAO also explains to the children what they will learn from each lesson, and observes their body language to identify when they become stuck.

One of the biggest benefits of NAO is its infinite patience. This allows the repetition that forms an essential part of language learning, without eating into the teacher’s time.

The tablets the children use also feature a software system, CoWriter, which helps them practice their writing skills. The robot can write on the tablet too. However, NAO is prone to the occasional mistake; at this point the children and step in and teach NAO where it went wrong. The result is a truly interactive learning experience.

Do you need help adapting to new cultures?

If you’re expanding your business overseas and struggling to overcome language barriers of your own, our expert team of human translators can help. Get in touch to learn more about our translation, transcreation and multilingual copywriting services.