On the face of it, you might think the process of localising your UK website and marketing materials for the US market would be a walk in the park. Change an ‘s’ into a ‘z’ here and there, remove the odd ‘u’ and you’re done, right? If only life were that easy.

Just watching an American television programme, reading an American newspaper or listening to the way they pronounce the words route as ‘rout’ and buoy as ‘boo-ee’, and you’ll soon understand there are far greater differences at play.

Localisation is the process of adapting a product or content to meet the language, cultural and other requirements of a specific locale or target market. So clearly, the translation of your copy into American-English is certainly a key step in the process; but Americanising your brand is actually a much more complicated task.

These are some of the key differences at play…

The social news and entertainment website Buzzfeed has taken the internet by storm in the past couple of years. As a publisher of huge amounts of content on both sides of the Atlantic, it has found that some material which works well in the US dies a death in the UK. Typically, the heart warming stories that are designed to restore your faith in humanity go down a storm in the US, but fall flat with the stony-hearted UK audience. Buzzfeed also cranks up the coarse language in the UK because apparently we all love a good swear!

If you’ve ever watched an American television commercial, you’ll probably have been shocked by the simplicity and brazenness of the message. In the UK, advertisers have to create a story to advertise their products, almost to the extent that they’re not advertising at all. The product is introduced almost as an afterthought, slipped in apologetically at the end of the ad so as not to pique the sensibilities of the British public.

If you want to make any sort of headway in the American market, you’d be best served leaving your British sensibilities at home. Most US advertisements, websites and marketing materials rely on the hard-sell. The product is displayed front and centre with benefits hurled at the buyer. Techniques such as comparative tests with competitors are also common.

Although there are doubtless similarities between British and American culture, localising the terms you use in your copy, for example changing words like trousers to pants and bespoke to custom-made, can help the audience relate to your content. Talking the audience’s language is a key element of communicating with, and engaging your audience, so don’t use words that won’t chime with your readership.

This extends to cultural references which might not necessarily apply to the US market. For example, while talking about the Superbowl and waffles might not wash over here, the cup final and a good pie probably won’t mean much to them. Focusing on unfamiliar events, such as the recent floods in Cumbria, would also be a missed opportunity to align your brand with the zeitgeist in America.

You might think that an automated translation tool that ‘translates’ your UK copy into American-English is enough to break into the US market, but you really are missing a trick. The localisation and transcreation service at Linguistica International can help you tap into the cultural zeitgeist and strike an emotional chord with your readership. Our talented copywriters can even write original American copy to help you transcend those cultural and linguistic barriers. 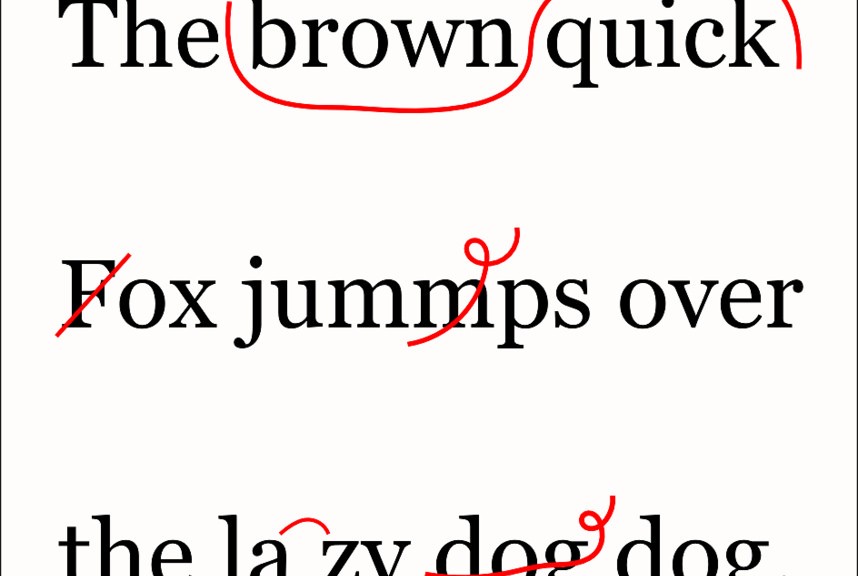 The power of the written word to influence and teach others is huge. When marketing to new customers, businesses are trying to build authority and position themselves as leaders in a particular industry or sector. From this position, it is then possible to influence prospective customers.

To establish yourself as an industry authority, it’s essential you get the basics right. Grammar must be spot-on and the copy should be free from spelling mistakes and errors. The slightest mistake can completely undermine the trust you were desperately trying to build.

When translating text from one language to another, proofreading carries even more weight. When you’ve gone to the time and expense of translating or transcreating your text for an overseas audience, the slightest oversight can undermine all your hard work. The trust is gone and the customer quickly moves on.

So is proofreading important? Take a look at the following examples and make up your own mind… 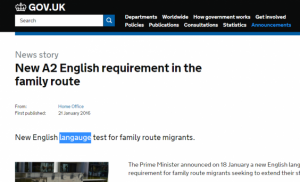 The importance of ‘langauge’

It seems the government has become so sick of the criticism it receives that it’s taken the brave move to cut out the middleman and start to parody itself. This is the government’s official press release announcing the new language tests migrants will have to pass to stay in the country – notice anything wrong…?

The government has warned that failure of the English language test could result in deportation, so whoever wrote this press release stressing the importance of ‘langauge’ should probably pack their bags.

The Home Office was quick to acknowledge the incorrect spelling of the word ‘language’, adding: “This was a regrettable typographical error that has now been corrected.” Next time, maybe they’ll do a spot of proofing.

The children are our future

What chance have our children got if the brainiac developers of Lego Harry Potter and the Powerpuff Girls computer games can’t even get the very basics of the English language right? Let’s hope they’re spending more time reading the Harry Potter books than this terrible poster. 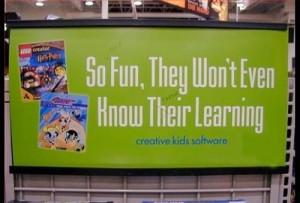 We’re not exactly sure what a New York minute is, but it must be pretty damn fast if it leads to marketing billboards like this. Reebok is one of the biggest sports brands in the world, but it obviously doesn’t have money to waste proofreading its marketing messages. 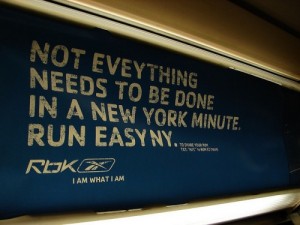 If you need marketing copy, websites, technical documents and legal copy you can trust to put your best foot forward overseas, please call +44 2392 987 765 today. Our translation proofreading team have the exceptional linguistic qualifications and sector-specific experience to deliver word perfect translations and transcreations in over 200 languages.