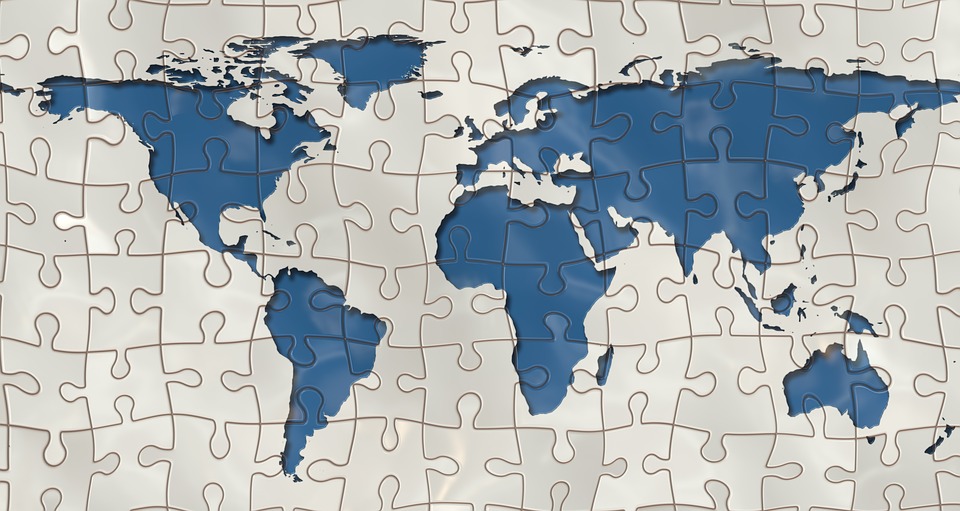 Taking over the world is a tricky business. You might think globalisation would mean you could get away with a one-language-fits-all approach to your marketing materials, website content and customer services, but the truth is that we all have a significant native language bias. Even our language spoken with a non-native accent, or written with spelling discrepancies i.e. American/British English, is often enough to prevent us parting with our cash.

So, when you’re trying to meet the unique needs of customers in foreign markets, is multilingual customer service really worth it? We think it absolutely is, and here’s why…

1. You can boost customer loyalty

It’s lovely to be looked after by a business. When you receive fast, honest and effective customer service, delivered with a smile, it’s such a rarity these days it’s something most customers will remember.

One of the biggest factors in the quality of the customer service you receive is the language it’s delivered in. A report from Common Sense Advisory found that 74 percent of customers would be more likely to buy from a company that offered after sales support in their native language.

A further report from the International Customer Management Institute (ICMI) found that:

And that what it’s all about. You treat your customer well and there’s a good chance they’ll be back for more.

You’re a good, honest business that sells products and services for a fair price, right? You want your customers to recognise you for what you are. Consumers prefer to hand over their hard earned cash to companies they trust, and they are more likely to trust companies that speak their own language.

Speaking the customers’ language makes it easier to build relationships and help them understand how you think. Customers also tend to believe the information they are receiving is more accurate if it’s delivered in their native tongue.

Customers from different cultures have very different expectations of the customer service they receive. Everyone wants their problems solved in one way or another, but some nationalities like to discuss their problems on the phone at length, while others prefer a live chat facility that takes as little time as possible. In some countries, up-selling is quite acceptable, while in others it is considered rude.

Having native speakers to deliver your customer service function ensures an intimate understanding of the target market. The result is support that meets the customers’ preferences and their particular needs.

It is not uncommon for businesses to expand into countries where English is spoken as a second language to reduce the costs associated with translation and transcreation. However, just because your customers can speak English, it doesn’t mean they want to.

Most customers feel more confident checking the details of a product or service, or communicating their disappointment if their expectations are not met, in their native language. Removing the anxiety associated with speaking a second language can improve the customers’ experience.

At Linguistica International, we can help your customers get the support they need in a language they understand. Our translation and transcreation teams can create word perfect user guides, customer support pages and FAQs in your customers’ language. The result is happy customers, and a successful business.

We’re not sure whether you’ve noticed, but there’s a pretty big election going on over there in the States this week. The Republican Donald Trump, a shy and retiring type, is going up against Democrat Hilary Clinton, who, if successful, will become the first female President of the United States.

The wall-to-wall media coverage has made us think just how different the US and the UK are. You can say what you like about our political system, and the perceived weakness of some of the parties at the moment, but at least we’re not likely to elect a crazed megalomaniac anytime soon, are we?

Despite the very obvious differences between the two countries, one similarity must people cite is the language. There is an old saying that America and Britain are “two nations divided by a common language.” But while American and British English might sound the same, apart from the respective volume each is spoken, on paper it’s a whole different ball game.

So what are the major differences between these two variations on a common theme?

One of the obvious differences most of us would immediately point to is spelling. Noah Webster, an American lexicographer who gave his name to the Webster Dictionary, now the Merriam-Webster Dictionary, is the one man you can thank for the discrepancies.

Having become infuriated with the many inconsistencies in the English language, Mr Webster set about reforming the American spelling in the late 1700s. Perhaps sensibly, he wanted words to be spelt the way they sounded. In many cases this involved dropping the U so the spelling matched the pronunciation. Colour became color; honour became honor; and labour became labor.

He also proposed the word ‘women’ should become ‘wimmen’, but that proved to be a step too far.

The differences in American and British vocabulary are the source of plenty of derision between the two countries. Some of the most well-known variations include:

We could go on, but I think we’ve made our point. While there are clear differences, most Americans and Brits can usually guess the meaning of a word through the context of the sentence. However, that doesn’t prevent the look of bewilderment you invariably receive when you invite an American to the pub.

There’s no grammatical gulf in the American and British use of the English language, but there are some noteworthy quirks. For example, in respect to irregular past tense verbs (we’re going back to school now), in British English we have the choice of dreamed or dreamt, burned or burnt, leaned or lent, while in America they would always opt for the –ed ending.

The final difference relates to auxiliary verbs, which add information to the main verb. In this case, Brits tend to use the word shall to express the future. For example, “I shall go home” or “shall we go?”. In America, the word shall is very formal and is rarely used in conversation. They would be more likely to say “I will go home now” or “Should we go?”

While you might think a linguistic chasm exists between American English and British English, there are actually many more similarities than differences. Our accents certainly exaggerate the few differences there are.

So, whatever happens on election day, we better get used to the fact that we’ll always have at least one thing in common with our American neighbours. And, if Mr Trump wins, at least we can enjoy his interesting take on the English language more often.

Whatever the native language of your business, we can help you speak word perfect English on either side of the Atlantic. We can also translate and localise your business assets into 200+ languages worldwide.

To discuss your project or for a translation quote, please call 02392 987 765 or email: info@linguistica-international.com today.