Friday, February 12th marks the end of the year for those that follow the Chinese zodiac calendar. Many of us know little about the significance of each year, other than that your birth year determines what characteristics you are set. This year, 2021, falls on the Year of the Ox; but what exactly does this year symbolise, and what are its origins?

Although the specific date of when Chinese New Year originated is unclear, it is reckoned that the tradition began in the Shang Dynasty, between 1600-1046BC. The renowned usage of animal years originates from the story of the Jade Emperor, one of China’s most prolific Gods: he invited all the animals to take part in a race. Of all the creatures, only twelve were present at the start line: a pig, dog, rooster, monkey, sheep, horse, snake, dragon, rabbit, tiger, ox, and rat.

As a reward for showing up to the event, the Jade Emperor named a year after each of the animals. The order of the animals was determined by the order in which the animals were able to cross a river. The ox came second, only due to the rat’s cunningness as it convinced the ox to assist it across the stretch of water.

It is common knowledge for many that the Emperor’s race dictated the order of the animal years. However, it is less known that the Chinese zodiac calendar refreshes every sixty years: the animal years are repeated five times – once for each element (wood, earth, fire, metal, and water). This year is thus the year of the Metal Ox. Oxen are highly valued in Chinese culture for their agricultural role. Those who are born in the year of the Ox are said to have characteristics of trustworthiness, modesty, and determination – almost to the point of stubbornness. Recent birth years of Oxen include 1961, 1973, 1985 and 2009.

The connotations of an ox vary across Eastern cultures. For example: it is common for an ox to appear in Korean proverbs, particularly as an altruistic figure that replicates their real-life role of serving mankind; Buddhists see the ox as a true representation of Buddhist nature as depictions of the ox often display them as struggling to pull themselves (or a cart) down a path that symbolises religious practices. Arguably, the most fascinating perspective towards oxen comes from many of Japan’s Shinto shrines: Nade-ushi (撫牛), translating to “rubbing cows”, which are believed to heal diseases of those who rub the corresponding part of the cow’s body to pass their pains on to the statue.

So, how should we expect this year to play out based on such promising denotations? Well, “2021 is going to be a year when work will get rewarded, and those zodiac signs who are lucky in terms of money this year will be the ones that will make a considerable effort” according to the ChineseZodiac.Org [https://www.thechinesezodiac.org/chinese-horoscope-2021-year-of-the-metal-ox/]. Let’s hope so! Oxen may well feel extra pressure this year in their roles of responsibility. They will need to manifest their naturally calm manner aswell as using all available external sources to ensure great success. After such a bleak year, a restrained and apprehensive approach towards the New Year very well might bring great rewards for Oxen that remain true to themselves. 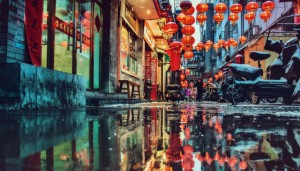