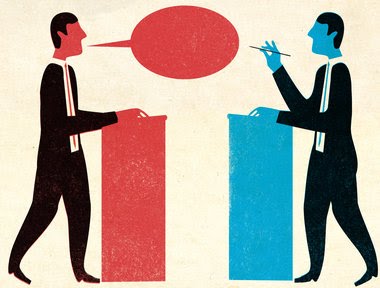 For most people, the question “what do you do for a living?” is a relatively straightforward one. You’re a mechanic, a sound engineer, a lorry driver, a hairdresser or one of any other number of easily understood occupations. When you’re in our line of work, the question is not such a simple one to answer.

The question is: are we translators, or interpreters? The chances are, whoever’s asking probably won’t know the difference between the two, but to language translators and interpreters, there’s an important distinction.

Whatever carefully considered explanation you use to describe your profession, the most likely response you’ll receive is, “ah, so you’re a translator”, regardless of the position you hold within the linguistic spectrum. But just what is the real difference between a translator and an interpreter?

What does each role entail?

There are undoubtedly similarities between translation and interpreting. Both disciplines make it possible to communicate orally or in writing across language barriers, so language is clearly the common denominator. However, there are also some differences in the way the language is used; for this reason, you’ll very rarely find a linguist who works both as a translator and an interpreter.

When translating the written word, a linguist must work with precision to express the ideas and meaning conveyed in the source material, whilst maintaining the style, content and form of the original. Just as in the translation of a piece of classic literature, the translator must scrutinise the text to ensure all its intricacies and implied meanings are maintained. This is an activity that requires reflection, time, and an excellent understanding of both languages.

The work of an interpreter allows far more creative licence. Overcoming the idiosyncrasies of the spoken word and the constraints of time mean the interpreter must work quickly and demonstrate the ability to improvise and think on their feet. The greatest challenge for the interpreter is to accurately reformulate words and phrases that may not have a direct equivalent while (in the case of simultaneous interpreting) listening and speaking at the same time. The demands of the job mean interpreters have no safety net and little time to correct errors, so it’s important to only work with an interpreter you can trust.

The importance of finding the right team

Despite the obvious differences between the two roles, both translators and interpreters must be extremely talented linguists with the ability to use language skilfully and accurately. While the two professions complement each other beautifully, very few linguists can master them both.

Given the complexity of the two roles, it’s essential that businesses communicating orally or in writing across language barriers work with a team of professional linguists they can trust to reach the highest level of skill and accuracy, and that’s where we can help!

For more information about our translation or telephone interpreting services, please call +44 2392 987 765, email: info@linguistica-international.com or use the live support feature on our website.