Here at Linguistica Translation & Recruitment, we’re going to break from our usual line of translation news and tips to introduce a charitable campaign that we’re proud to support until the end of the year.

It’s OK not to be OK (IOKN2BOK) is a mental health campaign started by Tony Wilsher. It encourages people to reach out and talk about their mental health challenges, however big or small they perceive their problems to be.

Here’s a little bit more about Tony and why he felt inspired to set up the campaign.

Tony’s mental health issues go back to his childhood. Although he has a loving relationship with his father now, as a child, the stresses of life and excess drinking made his father harder on him than perhaps he should have been. In Tony’s teenage years, he started out on a slippery slope of drink, drugs, crime and violence, and he needed a way out. That’s when he found the army.

Life in the army

The army set Tony on a different course. It straightened him out and gave him routine, fellowship and structure – all the things he had needed to leave his troubled teenage years behind him. Although the drink and violence still made the occasional unwelcome appearance, things were good for a short period.

Tony used to think that the things he’d seen and done in the army hadn’t affected him. However, after two operational tours of Afghanistan, other operational stations and various other damaging life events, the familiar demons of drinking, violence and addiction traits resurfaced, and Tony started to spiral out of control.

With his demons buried deep within himself and no way to get them out, Tony started to push away everything that he loved or that was important to him. He lost his wife, children, family, home, health, sanity and very nearly his job. There reached a point when Tony had nothing left to lose. He was at rock bottom and was plagued by insurmountable debts and addiction problems that were out of control.

At his worst, Tony would stay in his bedroom for 20-30 days at a time. His depression and anxiety had gotten so bad that he wouldn’t eat and would choose to go to the toilet in a bucket rather than risk leaving his bedroom and seeing the outside world.

Despite many people trying to help, including charities, the army welfare team, friends, family, his wife and even his children, nothing could relieve the pain and suffering Tony was going through.

On 10 January 2020, a man Tony had never met visited him at home. He said he’d been told that Tony was in a bad way and was reaching out to try and help him. He asked Tony if he’d like to go to church with him the following day. Although Tony had never believed in God and had only been to church for weddings, funerals and christenings, something inside him said go.

Tony went to church that next day and felt the love, warmth and care from the people in the church; it was a power like nothing he had felt before. From that day onwards, slowly but surely, Tony has started to turn his life around. As well as the support from the CRC, he has also opened up to all the other networks that were so desperately trying to reach him and is now receiving the help he needs.

Today, Tony is the best dad, son, husband, friend and soldier he has ever been. 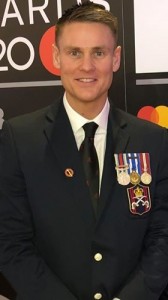 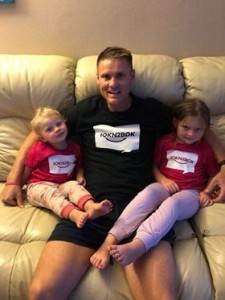 He has seen how powerful sitting down and talking about the mental challenges we all face at certain times in our lives can be. He has started the ‘It’s OK not to be OK’ campaign’ to help others reach out a lot earlier than he did so they can avoid the hurt and pain he went through.

The campaign started with motivational videos on Facebook that went viral. Tony received message after message from people saying how what he was doing was helping them and was even saving lives. Since then, the campaign has snowballed. ‘It’s OK not to be OK’ is now in the process of getting charity status so that Tony can travel to schools, colleges, businesses and military organisations and raise awareness of mental health by delivering presentations.

The big vision for the charity is to open mental health retreats across the country where people can have a number of weeks away from their problems and find the space they need, with expert help, to start to work through them.

If any of this rings true for you or you’ve been touched by Tony’s story and would like to show your support, please take a look at It’s OK not to be OK’s pages on Facebook, Instagram or Twitter. Tony would love you to purchase a t-shirt to help put IOKN2BOK on the map or to get involved in any way you can.

It’s OK not to be OK’s first official fundraiser is on 17 August 2020, when Tony and IOKN2BOK’s official celebrity partner, Darren Day, will be doing a skydive with the group of ladies who came up with the idea.