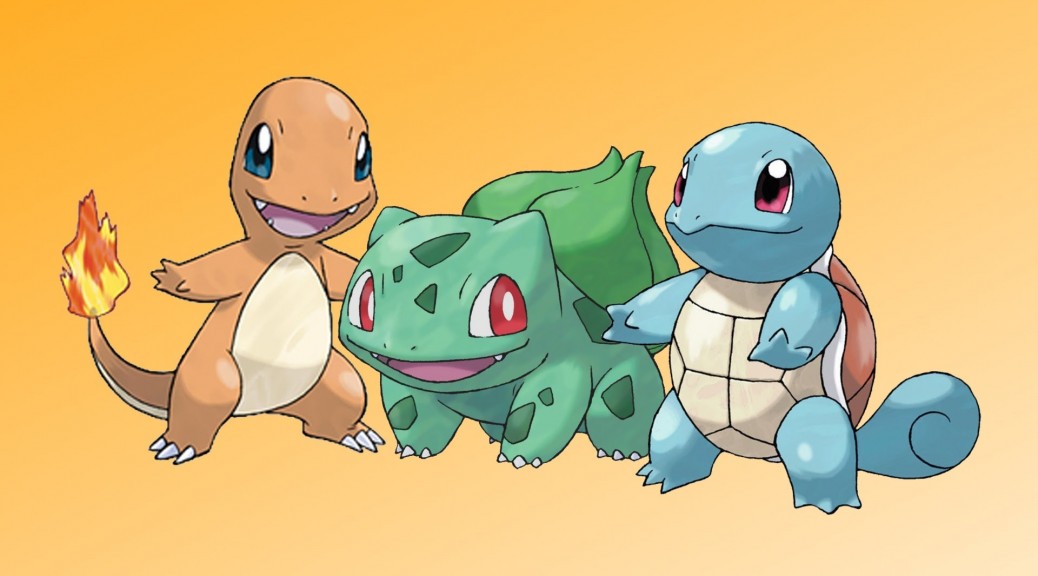 2016 was one heck of a year. When you’re living in the moment it can be difficult to appreciate just how potentially far-reaching some of the events you’re watching unfold could be.

On the good news front we saw Tim Peake return to earth after a historic six-month stay on the International Space Station. Leicester City did the unthinkable and won the Premier League. And then there was Pokemon Go.

Pokemon Go turned half of the UK into a zombie-like battalion of ‘catchers’ all desperately seeking their very own Bulbasaur (see above – bulb on back) in the local park or industrial estate. Even the Church tried to get in on the act with one Birmingham church proudly proclaiming: ‘Jesus Cares About Pokemon Gamers’.

2016 was also the year of Brexit and Trump, which may be brilliant or disastrous depending on your political bent, but we’re not going to get bogged down in all that – save to say it was a pretty eventful year.

But how did 2016 go down in the microcosm that is the Linguistica International HQ? These are the numbers that made our busy translation team tick this year…

And there you have it, the important and not so important numbers that made it a year to remember for the Linguistica translation team. Thankfully, we’ve finally said ‘goodbye’ to Adele and are now on the lookout for a new go-to tune for the year ahead.

So, any song tips just give us a yell. Otherwise, if you’d like to take advantage of our 10 percent discount for new customers, please give us a call on 02392 987 765 or email: info@linguistica-international.com right now.

First of all, we’d like to wish a Happy New Year to all of our lovely translation clients and those of you who simply drop by to read the Linguistica International blog. We had an incredible, if extremely busy 2016, and look forward to much of the same in the year ahead. In terms of resolutions this year, we’re not interested in all that nonsense. Instead, we’re going to take a look at how the New Year was celebrated around the world.

The not-all-that-surprising news is that New Year’s celebrations around the world are pretty universal in their reliance on fireworks and alcohol. So, if your memories of the evening itself are a little hazy, you can take some solace from the fact that you’re certainly not the only one. But amid the ubiquitous fireworks and booze, there are also some intriguing local traditions that help welcome in the New Year.

The traditional Scottish New Year’s celebration is called the Hogmanay, an ancient festival originally brought to Scotland by the invading Vikings in the 8th and 9th centuries. Many of the customs that form part of this festival aim to bring luck for the coming year. In some regions, the first person to enter the house after the clock strikes midnight can bring good or bad luck for the year ahead depending on their physical characteristics.

Thie ‘first footing’, as it is known locally, is still common across Scotland. To ensure good luck for the house the first foot should be tall, dark and male, and should bring with him symbolic pieces of coal, shortbread, salt, a black bun and a wee dram of whisky. The dark male bit is believed to be a throwback to the Viking days, when a big blonde stranger arriving on your door step with a big axe meant trouble, and probably not a very happy New Year!

We now head slightly further afield to Ecuador, where the locals celebrate the arrival of the New Year by burning effigies called ‘Los Años Viejos’ or ‘the old years’. These large scarecrow-like dolls represent the failures, regrets and anger of the outgoing year and usher in the hopes and resolutions of the new. A handwritten note is pinned to the effigy, which often takes the form of an irritating person or unpopular political figure, explaining why it must be burned and what changes and improvements are needed.

Mexican families prepare for the New Year by making a list of all the bad things that happened to them during the past year. At midnight, their lists are thrown on a bonfire to signify the fresh start they will make. Mexicans also partake in a tradition brought over from Spain, in which 12 grapes are eaten as the clock strikes midnight and a wish is made with each of the grapes.

In Japan, Buddhist temples across the country ring their bells 108 times to cleanse the people of the 108 worldly desires described in Buddhism. These sins include stinginess, sarcasm and desire for fame. It is also customary to send postcards, called nengajō, to family and friends. This practice is believed to date back to the 8th century. Rather than delivering the nengajō early, post offices hold onto them so that they arrive on the first day of the year.

Not to be outdone, the Danes have a couple of unique traditions of their own. As the midnight countdown is rung in on Copenhagen’s Rådhus (city hall), it is traditional for those celebrating indoors to scramble to the highest safe viewing point (normally a chair or a sofa) and jump into the New Year. This can mean some Danes start the year with a twisted ankle.

Come midnight, it is also a tradition to smash old plates and china against a friend’s front door. This, strangely, is a sign of affection. So, the bigger the pile of china outside your front door, the more loved you are. Just watch out for the windows or it’ll be your friendship that’s left in pieces!

Start the New Year with a Bang!

The transcreation and translation services here at Linguistica International will make sure your message is heard around the world in 2017. To join the likes of Santander, Orange and Manchester United, please get in touch with our team by calling 02392 987 765 or emailing: info@linguistica-international.com today.