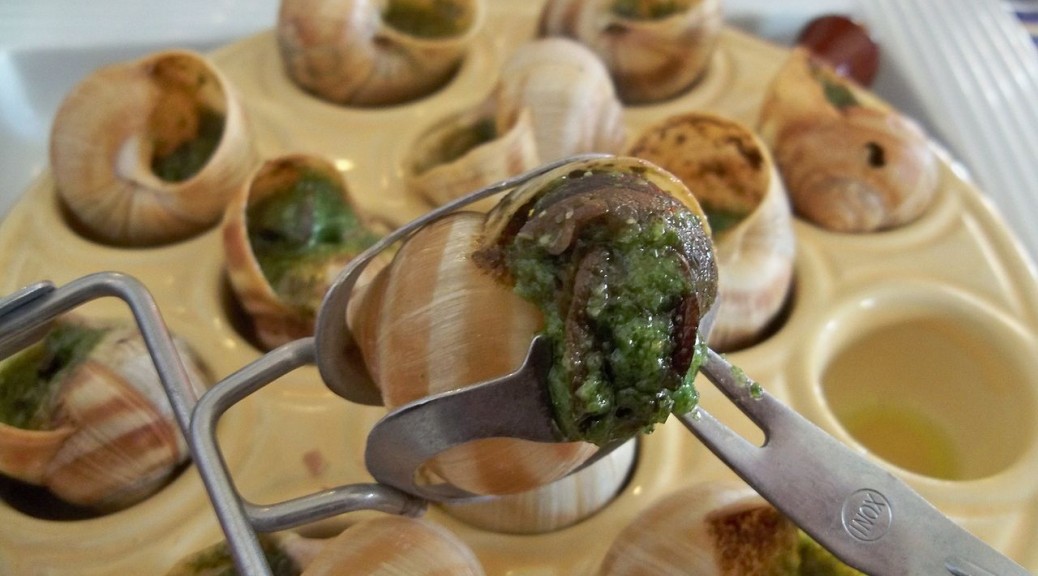 Welcome again to that time of the month when we delve into the world of translation (that’s right, we have a good look online) to bring you five of the most tantalising tales from around the web. And this month, do we have a treat for you, with translation titbits ranging from bad menu translations to musings about whether the edibility of snails is all in the name.

So without further ado, let’s get cracking…

1. Is it an escargot or just a muddy snail?

What better place to start than with the revelation that snails covered in garlic might not actually be as tasty as we think. According to a new study, English-speaking diners are more likely to eat snails if they are described as ‘escargots’ on the menu. And apparently, that’s not because they think escargot is the French for prawn cocktail. Research from the University of Chicago found that using a foreign word to describe food people may otherwise have an aversion to makes them more likely to eat it.

On that basis, all we need to know is the French for ratatouille and we’re good to go!

Now there’s proof that different types of music from around the world are identifiable based on their melody alone. The Harvard study found that listeners were able to identify dance songs, lullabies and healing songs without language cues. The only songs that depend on language to get their meaning across are love songs. The researchers speculate that this is because there aren’t specific sounds associated with love songs. What makes a piece of music a love song is the words being used.

This is the wonderful news that that wee wizard Harry Potter has now been ‘translated’ into Scots. The entirety of the first book, Harry Potter and the Philosopher’s Stone, has been translated into the Scots language, which is not to be confused with Scottish Gaelic.

The first chapter, The Boy Who Lived, has now become ‘The Laddie Wha Lived’. Here’s a little teaser:

If you need more Scots Harry Potter in your life, you can see more here and even buy your own copy of the Scots edition on Amazon.

4. How to design for translation

Layout issues are common for many businesses when translating online and offline assets. Different languages can require more or less space, while text direction, alignment and the use of completely different alphabets can also cause problems. Software issues are another factor to consider, with multilingual typesetting often requiring special software or plugins, particularly for non-western scripts. Here are some helpful tips.

If you’re looking for a reliable source of translation mistakes, then menus in foreign restaurants provide rich pickings. These are some of the best. For a more comprehensive look at why so many food translations are so inaccurate and unappetising, take a look at this article from a professional culinary translator.

Are there any translation stories we’ve missed that deserve a mention? Get in touch on Facebook or share your spots with our readers in the comments below.