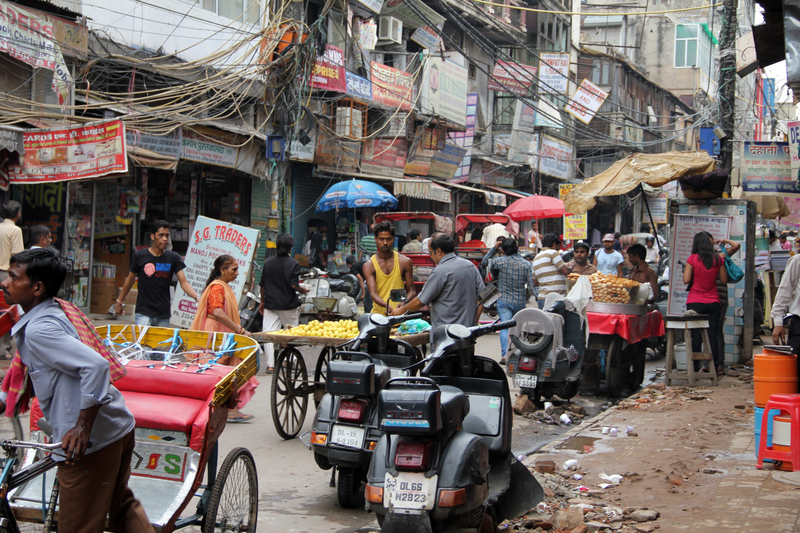 English has long been the lingua franca on the web, but as more and more of the world’s population go online, that dominance is diminishing. The proportion of online content in English has shrunk to around 30 percent, while Chinese, Spanish, German and French content is increasing. In fact, between 2000 and 2010, Chinese content grew by a whopping 1,277 percent. But that’s not the growth area we’re interested in.

With global populations increasingly participating online, new audiences are being created who do not speak the 10 most commonly used languages. This is creating an opportunity for what marketers like to call ‘quick wins’.

The growth of online minority groups

Every day, around a million people go online for the first time ever. Much of the English-speaking market is already online, which means that many of those new browsers are minority language speakers. The Indian market is a prime example. In India, a mind-blowing 450 languages are spoken across the country. Although all of those languages are not spoken by an equal proportion of the population, they still represent an opportunity for astute online businesses that are willing to cater for their linguistic needs.

In India, Netflix offers its content in English and Hindi, which are the country’s two most commonly spoken languages. However, local competitors have been able to steal customers away by offering their services in languages such as Tamil and Kannada. Although they are considered to be minority languages, they are still spoken by tens of millions of people.

One of the main benefits of targeting speakers of minority languages online is that very little competition exists. The online market in English-speaking countries is saturated with websites that already target those consumers, which makes it time-consuming and costly to produce content that will be able to compete. In much less established online marketplaces, you could create a native language website that jumps straight to the top of the search engine rankings for your key terms and generates traffic instantly.

However, that’s not to say there aren’t also challenges associated with this approach. These new audiences are likely to be novice internet users, which means that their specific needs can be hard to cater for. They may also be based in countries that are difficult to reach in terms of getting your products to their door. For example, in Iran, there are year-on-year internet growth rates of over 130 percent, but trading in such a market could be tremendously complex.

Significant rewards for those willing to take the risk

Despite the costs and complexities associated with targeting minority language markets, for those businesses that are willing to take the risk, the rewards could be huge. The key is to cater for the target market by using native-language content that’s culturally appropriate and engaging, which is precisely where we can help.

At Linguistica International, we can translate and transcreate your existing copy into minority languages, or use our copywriting service to create original content that grabs the attention of your target market. Call 02392 987 765 or email info@linguistica-international.com to discuss your requirements with our team.